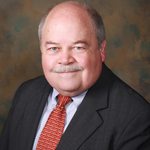 It's a good idea to know something about your attorney before you hire him or her.

Most people prefer an experienced and knowledgeable attorney. If that's what you want, you're in the right place!

Dick Price has practiced law in Tarrant County, Texas for over 35 years and is a Board Certified Specialist in Family Law and is a Master Credentialed Collaborative Professional.  His wife is a former social worker who did custody investigations for Tarrant County Family Court Services. They have been married for over 30 years.

While Dick has never been divorced, he has been through hundreds of divorces with his clients. He believes in being an "Attorney and Counselor at Law" as part of his work. Mediation training has helped develop Dick's communication and listening skills which come in handy in every case. He is a good listener who is a strong advocate while maintaining a calm presence in court, in meetings, and in his office.

Dick believes being a peacemaker is one of the highest callings. Success is helping reach satisfactory solutions while minimizing the stress and destructiveness of the legal system.

Here's a condensed version of the history of  Dick Price's law practice:

Dick's practice began as a general trial practice, handling many types of Family Law cases, Criminal cases, and Civil cases of various types. Over time, the practice narrowed its focus to Family Law and Criminal Law. Dick has been Board Certified as a Family Law Specialist since 1984. About 20 years ago, we stopped handling Criminal cases and switched to only Family Law.

Mediation started being used in Texas in the 1980s. By the late 1980s, Dick noticed that most cases ended up settling -- mostly by the attorneys negotiating directly and some by using mediation. As attorneys and Judges started noticing how successful mediation was, it became more and more commonly used to settle cases without going to trial. During the 1980s and 1990s, Dick began studying more about how to get cases to settle, instead of the traditional focus on preparing everything for trial and incidentally trying to settle at the last minute. Why not focus on settlement from the beginning?

In 2000, some may remember we survived the Y2K scare (The world didn't come to an end!).  It was also the year Dick discovered a new process to help parties resolve divorces peacefully out of court.  It is known as Collaborative Law or Collaborative Divorce. Since then, we have been enthusiastic promoters of the process as a way to help people get divorced and avoid the stress, cost, delay, and public spectacles of litigation. In 2018, the second year it was available, Dick became recognized as Master Credentialed as a Collaborative lawyer.

What We Do Now:  Our practice focuses on settling cases, determining and meeting our clients' needs and goals, using creativity, and being efficient with our clients' resources. Dick also acts as a Mediator for other people.

Outside of the Office:  My wife and I like to travel. We have been to all 50 states and several foreign countries. We still have a lot of ground to cover. An unrealized dream is for us to be contestants on The Amazing Race TV show.  Maybe someday!

For the more traditionally inclined, the following is a brief list of the professional honors, memberships, educational background, and activities of Richard C “Dick”  Price.