How to Encourage Fighting in Litigation 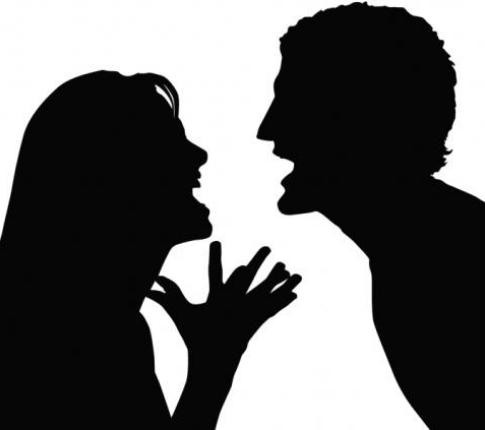 Let me be clear.  I think it is a really bad idea to encourage fighting in litigation.  Still, there are many attorneys who do just that.  Sometimes, it's because that's what the attorneys think their clients want.  Other times, it's because that's how the attorney was trained.  Some attorneys believe that fighting it out in court will lead to the right result.  I don't subscribe to that point of view, but there are many attorneys and some judges who still believe it.

In the interest of full disclosure, I strongly advocate using Collaborative Law, wherever possible.  Where it's not used, the parties should at least use mediation.  I am a mediator, also, so there's some bias there as well.

Part of the reason why I got into mediation and Collaborative Law is that I saw, through years of practice, how people wasted lots of money, got stressed out and angry and damaged family relationships by battling in court.  It is rarely a satisfying experience for anyone, even the “winner”.  Usually, both parties lose a great deal.

If you want to avoid the pitfalls of destructive litigation, here are some signs to watch for and avoid. 1.     Encouraging unrealistic expectations.  If a client is angry and has been hurt by the ending of a marriage, getting revenge, getting even or getting a pound of flesh are natural, emotional responses.  A good attorney will suggest getting help, such as counseling, for such an upset client, but will not encourage a client to put a lot of effort into a revenge-type strategy because ultimately, courts usually don't pay attention to that.  If an attorney is encouraging a client to make extreme demands, and I have seen that, it will not benefit the client in the long run.  It will result in substantially higher attorney fees, however.

2.     Encouraging more fighting.  Some attorneys will follow a client's emotional responses and allow and encourage actions that extend the fighting between the parties.  In the end, it usually doesn't improve the settlement or judgment for the client.  It does shrink the assets because attorney's fees keep adding up as the fighting continues.  Even wealthy people reach a point when they don't want to keep paying the attorneys to fight.

3.     Encouraging positional bargaining.  The most common type of bargaining that we instinctively use is “positional”  bargaining.  If you buy a car, you may start off with a low offer because you know the sales person has given you a high, but negotiable price for the vehicle.  Going back and forth, you and the seller work toward a middle trying to find a number you both agree on.

In contrast, in Collaborative cases, we use “interest-based” negotiations.  In that approach, we identify what's actually important to each party and try to meet the important needs.  Rather than demanding 65% of the assets, we talk about the need to have some interest financial help for a spouse going back to school and the need to have some retirement security.

With interest-based bargaining, there are always more settlement options than with positional bargaining and we focus on the most important needs, rather than just using arbitrary numbers to divide things.

4.     Focusing on winning — all or nothing.  There are so many issues to be considered in a divorce that it is hard to actually define winning.  There's also the problem that a party who gets an arbitrary percentage of the assets may not have a way to support himself or herself later on or they may end up with assets they really can't use and don't want.  The results may not help them at all.  On the other hand, focusing on meeting the needs of both parties can result in satisfaction for both, if they are willing to compromise and try new approaches.

5.     Focusing on the negative.  While emotions often run high during divorces, they don't have to dominate the process.  Some attorneys encourage and support their client's efforts to prove blame or fault in the breakup.  In almost all the cases where there's fault, there are many other reasons for a court to grant more assets to one party than the other, such as health issues, greater earning capacity, etc.  Arguing those issues will not generate the fight that trying to prove fault in the breakup does.  Focusing on negative issues will run up the attorneys fees for both parties, and that means less to be divided in a settlement or judgment.  When it's all over, it's little comfort that the other party has been blamed when both parties end up with less money and less assets.  You have to wonder if the fight was really worth it.

If you or your attorney engage in any of the above practices, be prepared for the consequences.  I predict that you won't feel as good as you expected when the dust settles.  There's still time to switch tactics.  If you don't want to be fighting, tell your attorney to stop.  If your attorney won't stop, get a second opinion.