Don’t Try These at Home: Good-Sounding Ideas that Lead to Conflict 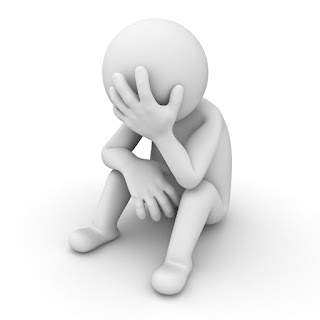 Although I am all for compromise, creativity and maximum contact with the kids for both parents, I have to recommend against using the following, based on my experience in actual cases.

1.  Frequent phone calls to the children.  Many parents want to be able to call the children, or worse, want the children to call the parent, every evening or at other times and frequencies.  Almost always, that leads to arguments.  The parent who has the children doesn't want to interrupt their activities.  Sometimes the kids are out somewhere, but the other parent doesn't believe it, or sometimes the parent in possession intentionally makes it impossible for the other parent to talk with the kids. Often the kids don't want to stop playing, watching videos, texting or talking with their friends, even doing homework, in order to talk with the other parent.  In some situations, the parent with the kids sets up something that conflicts with the scheduled call time so the kids are available or the kids don't want to stop what they're doing.

For some parents insisting on the calls, it's a control scheme.  They want to lock down the other parent and prevent them from being able to plan activities at certain times and they like to threaten court action against the parent in possession

2.  Right of first refusal.  While it sounds like  nice idea for the non-possessory parent to have the right to take care of the children if the other parent won't be around to care for them for a while, the devil is in the details.  How much time is needed to trigger the provision:  2 or 3 hours, 6 hours, overnight?  What are the notice provisions?  What if the kids just want to spend the night with their friends or other relatives?  Why shouldn't grandparents get some time with the kids?

While this sounds like a parent wanting to spend more time with their kids, it often is a control mechanism as well.  It's a way to isolate children from one side of their family if they don't get to spend the night with relatives.  There is frequent conflict over how the right of first refusal applies in a given situation.  A big part of that is threatened litigation and punishment.

Given the fighting and stress over this issue, you should think twice before incorporating it in a court order.

Extra weeknights are not needed for the summer.  The standard possession schedule gives plenty of time for each parent and it doesn't encourage fighting or greed.

These are all three ideas that sometimes can be good for both parents and children.  However, I recommend against using them because most often they lead to conflict that could be avoided.