Do You Really Want to Spend Your Money on an Aggressive, Mean Lawyer? 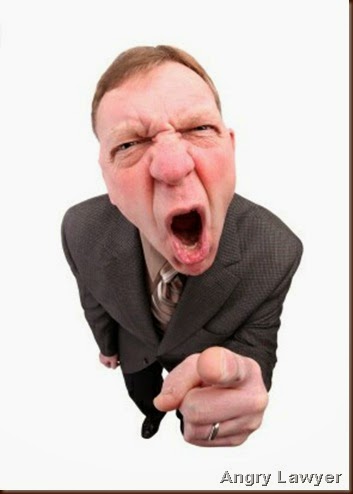 The other day, I was visiting with a highly educated man who started to tell me about his experience with divorce.  That's not an unusual situation.  Everyone has stories from their own experiences or their family or friends' experiences.

Anyway, as it turned out, he was happy with the second attorney he used.  It seems the second attorney was a “barracuda” and the man is now convinced that's the way to go.  The first attorney wasn't aggressive enough.  I know and respect both attorneys, but I would rarely ever agree that the barracuda approach is the best.  Let me explain. 1.  Reasons for wanting a mean lawyer.  The most common reasons I have heard are the following:

2.  How does it work?  The mean, aggressive lawyer will be constantly attacking.  The attorney will file motions and set numerous hearings.  Conducting a war in discovery is a common tactic.  The aggressive lawyer demands a lot of information and is very stingy in giving out information.  The attorney tries to focus on what the other side has failed to produce or failed to do.  The idea seems to be to batter the opposing party and wear them out so that they will settle on terms favorable to the aggressive side.

5.  Are there alternatives to going into battle mode and using a really mean, aggressive lawyer?  Of course! Almost every case ultimately settles.  There can be direct 1-on-1 negotiations between some parties. In most litigated cases, a court will order mediation at some point.  That's usually successful, but it often occurs late in a case, just before trial.  Finally, there's Collaborative Law, a relatively new process where the parties agree to not go to court.  Instead, they have a series of direct discussions with the help of a lawyer for each party and a neutral therapist and neutral financial advisor who work with both parties.  Collaborative is my preference, but if we can't do that, mediation is certainly a good option.